This blog is about raising awareness about a Hate Group called One Million Moms. This is NOT a blog by One Million Moms! If you are posting here trying to contact them, they will not see it!
You WILL see their letters and posts here, as a way to make people aware of their agenda, NOT as a way to support their actions or beliefs!

The clothing chain Urban Outfitters is promoting a provocative new line of t-shirts with slogans such as "I Vote For Vodka" and "USA Drinking Team" which promote underage drinking. On their website under women's graphics, other versions modeled by young women who appear to be teenagers wear tees that read "I Drink You're Cute" in blurred letters and "Spooning Can Lead to Forking." Sadly, what's apparently meant to be a joke isn't far from the truth. Alcohol use is associated with increased rates of sexual activity for teens which can lead to contraction of STDs or teen pregnancy.

These products are offensive and inappropriate for a store whose primary customer is teens and tweens. The majority of the company's customers are between the ages of 18 and 24, but the second largest demographic are kids under 18.

It is unacceptable for a company to market alcohol related material to teens because kids should not be wearing these disturbing t-shirts that glorify drinking and sexual activity.

Please send an email letter urging Urban Outfitters to discontinue this inappropriate t-shirt line immediately, or you will make a conscious effort to shop elsewhere. Also, suggest they refrain from using this type of irresponsible marketing with provocative slogans in the future.
Posted by Sabrina M Bowen at 2:57 PM 1 comment:

Obviously, ABC has lost their minds. They haven't let up so neither will we. ABC's Family Channel has several anti-family programs, and they are planning on adding to that growing list. ABC Family has approved a series pilot from Jennifer Lopez's production company, Nuyorican, about a lesbian couple and their diverse family. Many families have already discovered that ABC Family Channel is anything but family-friendly. But because of family being part of the network's name, we thought a warning should still be sent out for anyone who continues to watch the channel. A premiere date has not been set, but One Million Moms wanted to sound the alarm about this new series. It will be airing on the network soon unless we do something about it. They are in the beginning stages.

ABC Family reported the comedy-drama pilot, working with the title "The Fosters," is about two women raising a "21st century," multi-ethnic mix of foster and biological kids. While foster care and adoption is a wonderful thing and the Bible does teach us to help orphans, this program is attempting to redefine marriage and family by having two moms raise these children together. One Million Moms is not sure how the explanation will be given on how the biological children were conceived. None of this material is acceptable content for a family show.

Hollywood is continuing to push an agenda that homosexuality is acceptable when scripture states clearly it is a sin. As Christians, the Bible also says that we must speak up against sin. If we remain silent then we are guilty of sin also.

Lopez will be an executive producer for the hour-long project. Casting has not been announced. It's still in the pilot stage and hasn't been picked up for a series yet. Let's stop this dead in it its tracks.

Please send your email to oppose ABC Family Channel's pilot "The Fosters" and strongly encourage ABC to drop all plans to air the program.

Let ABC know you and your family will not be watching "The Fosters" if it is in fact picked up for a series.

Let them also know you are prepared to join thousands of other voices in urging advertisers to place it on their "do not advertise" list and consider pulling all ads from the ABC network in protest.
Posted by Sabrina M Bowen at 2:51 PM 1 comment: 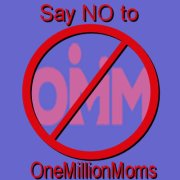 One Million Moms is a group, aimed at forcing their hate filled, intolerant and overly conservative views on our country and our children. I may be a single person, they may have thousands... But I will not allow them to spread their twisted values without a fight. I started this blog in order to share my fight with everyone.

I ask you to join me in this fight! Support rational, tolerant, loving freedom! Stand up to this type of lunacy by joining me in sending emails, snail mail and and support to counter theirs.

I can not continue to sit back and watch as hate and bigotry infect the world around my children - or yours. And I hope, you can not either!

One Million Free Thinkers Against One Million Moms (Censorship) Group

Promote Your Page Too 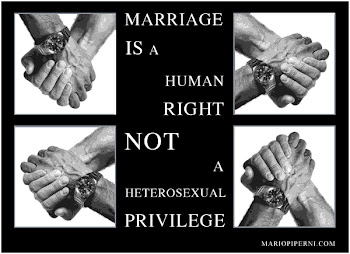